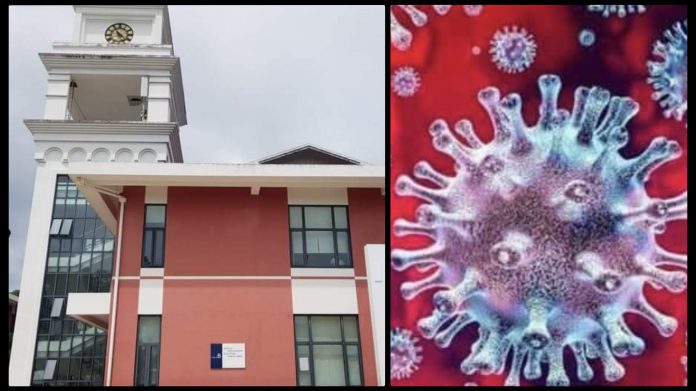 19 March 2022, Apia Samoa. The Ministry of Health has issued a press statement confirming 45 community cases of coronavirus since the first case was discovered on Thursday afternoon.

The announcement comes the morning after Prime Minister Hon Fiame Naomi Mataafa had stated that Cabinet was informed there were 11 confirmed cases.

According to the Ministry of Health, 34 new community transmissions were discovered late last night, after the Prime Minister’s formal address to the nation at 9pm.

Seventeen of the individuals have developed mild to moderate symptoms, mainly feverish, body fatigue and sore throat.  The Ministry confirms the 17 experiencing symptoms are being managed at the isolation ward at Motootua Hospital, while others who remain asymptomatic, and are being cared for in isolation sites.

The Ministry’s update does not mention how many tests had been conducted which resulted in the 45 positive cases, to give an indication of the rate of community spread.

However the Ministry has set up screening and testing sites in Apia and Tuanaimato, open between 9am and 2pm where members of the public are able to receive Rapid Antigen Tests.

Samoa’s first community case of covid-19 had visited the Motootua National Hospital twice within 4 four days this week. A detailed list of her movements states she had presented with symptoms of vomiting and chills on Monday 14th March to the Emergency Department of Motootua National Hospital. She stayed home on Tuesday but seemed to have recovered by Wednesday. She again went to the National Hospital on Thursday 17th March, where she requested a covid-19 test as a pre-requisite for departure from Samoa, intending to fly out on Friday via Fiji.

Amongst the 45 who tested positive on Friday were four doctors from the Outpatient Department, as well nurses. Patients within various wards of the hospital also tested positive, as well as some of their caregivers.

Samoa has been in Code Red Alert Level 3 with lifted restrictions, as of midnight Friday night. The SOE Orders for Level 3 provides guidance during this period.

Almost 90% of Samoa’s eligible adult population have been fully vaccinated and ready for boosters. The rollout for children was being implemented when the community transmission broke out. 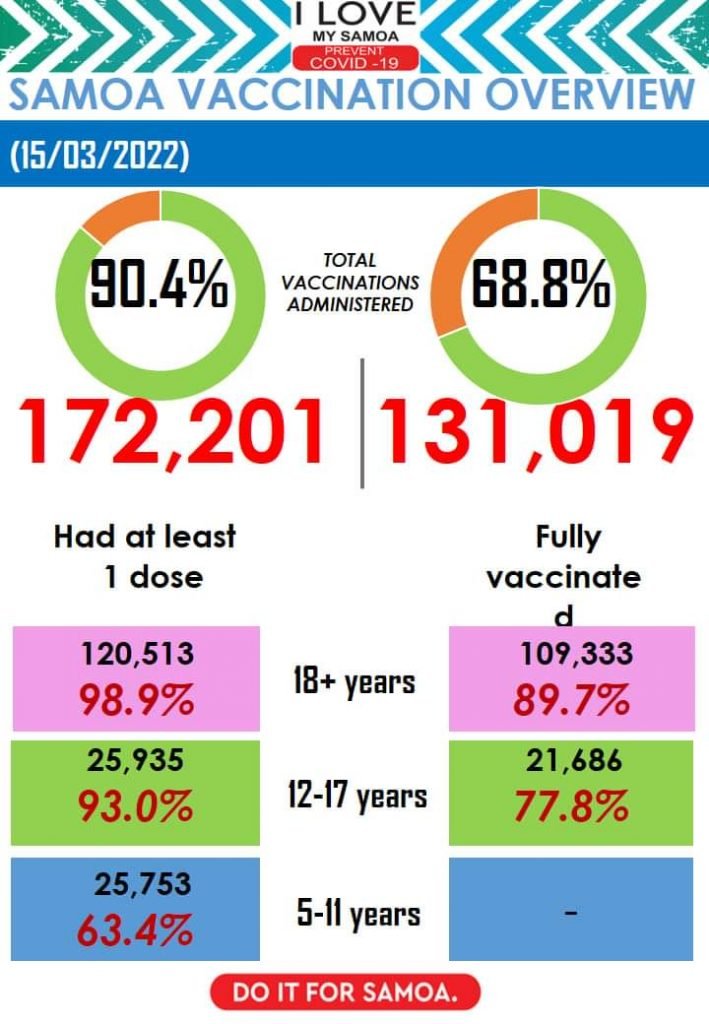 The Ministry of Health advises the public to comply with health requirements such as wearing a mask, showing of vaccination cards, and limiting exposure by staying home. This will help contain the spread of the virus.

“Let us work together to keep Samoa safe”.