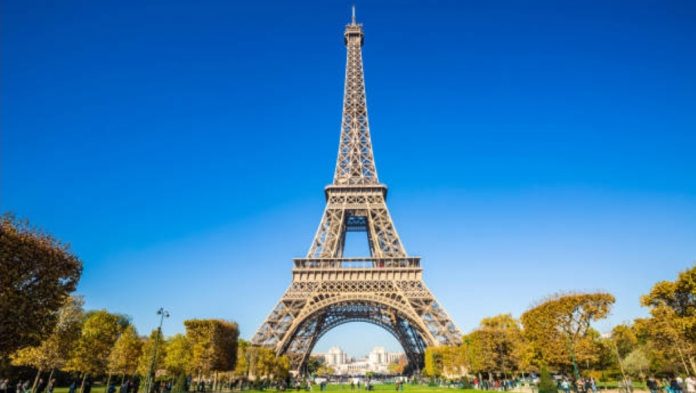 31 March 1889 – The Eiffel Tower officially opens in Paris. Built for the Exposition Universelle, at 300m high it retained the record for the tallest man-made structure for 41 years. It was the tallest structure in the world until the Chrysler Building was built in New York in 1930.

The Eiffel Tower was built to be the entrance to the 1889 World’s Fair in Paris. Construction was started by Gustave Eiffel‘s company in January 1887 and completed in March 1889.

The Eiffel Tower is visited by 6.8 million people each year, and has had an estimated 250 million visitors since it was built in 1889 (stats as at March 2020, before global covid-19 lockdowns).

The Eiffel Tower is situated on the Champ de Mars, which is a public green space that sits next to the Seine River.