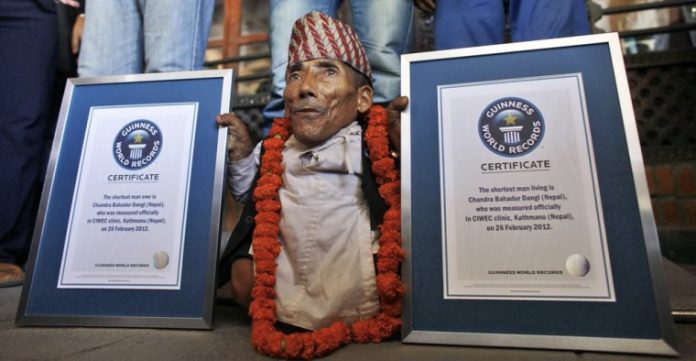 Dangi was born on 30 November 1939. It is unknown what medical condition limited his growth. He lived in a remote village, Reemkholi, approximately 400 kilometres (250 mi) away from Kathmandu, Nepal’s capital. Before being recognised by the Guinness World Records as the world’s shortest man in 2012, he had never left his home village. After being awarded the title, he said he had always wished to travel to all parts of his country and the world. He stated that being the shortest man in the world and a citizen of Nepal, he wanted to use his status to popularise his country.

Dangi died in American Samoa on 3 September 2015 at the age of 75, at the Lyndon B. Johnson Tropical Medical Center in Pago Pago. His exact cause of death was not disclosed, although The Kathmandu Post reported that he had previously been suffering from pneumonia. He had been touring the South Pacific for much of the year with Samoa’s Tupa’l Bruno’s Magic Circus.