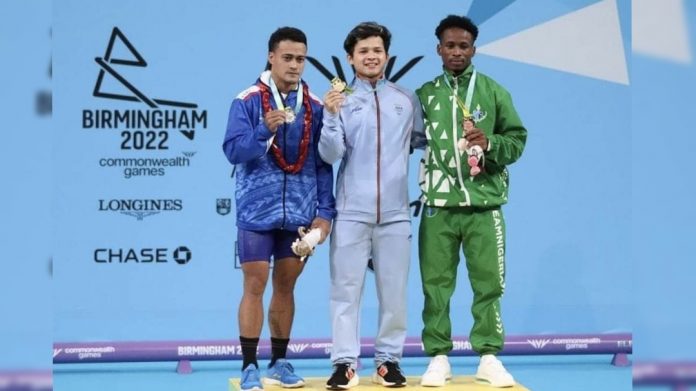 Veteran weightlifter Vaipava Nevo Ioane, has won silver for Samoa at the Birmingham Commonwealth Games for the men’s 67kg division. 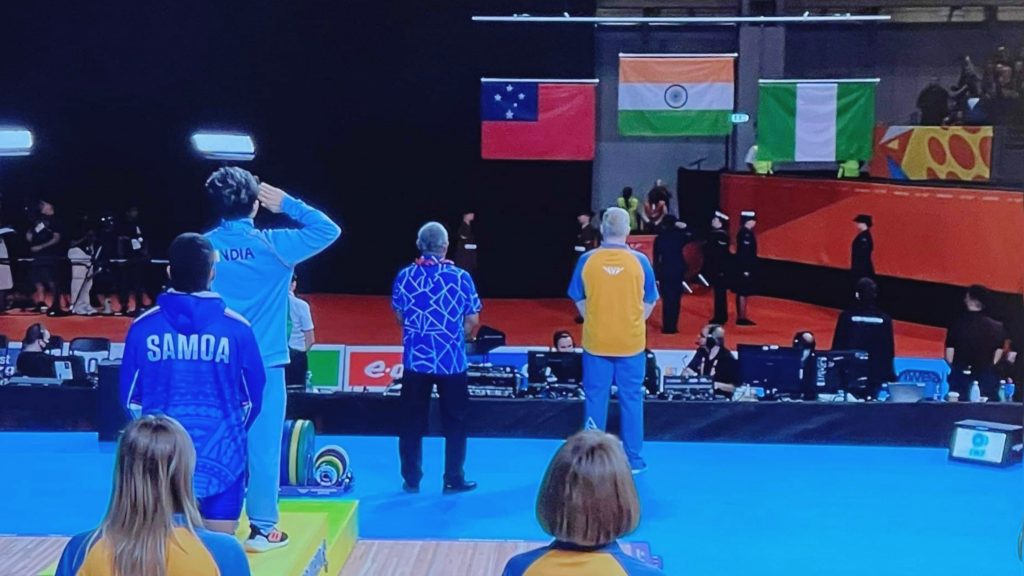 The 34 year old lifted 127kg for the snatch, which was 2 kilos more than his personal best of 125kg. Vaipava then moved on to set a new Commonwealth Games record for the Clean and Jerk, with a lift of 166kg.

Lalrinnunga Jeremy, 19, of India won gold, and also set the games record for the snatch. The bronze medal was won by Edidiong Umoafia of Nigeria, also just 19 years old. 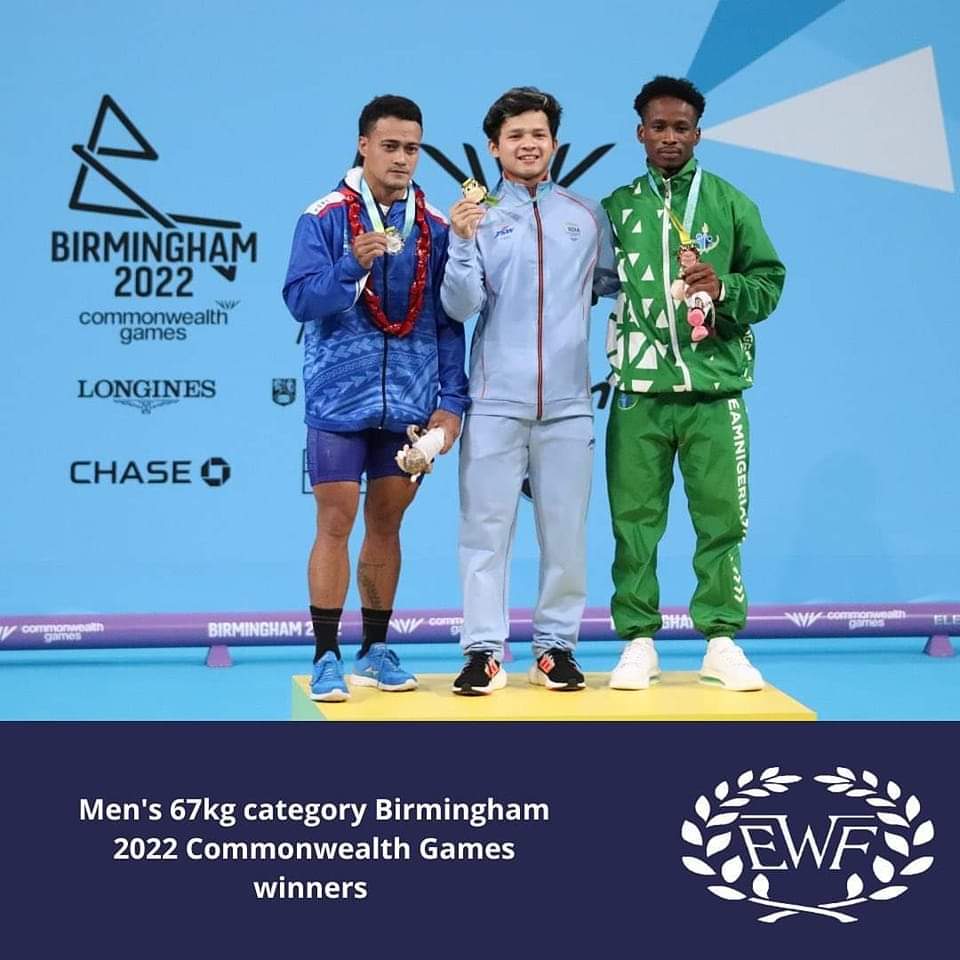 Special guest at the medals ceremony was Samoa’s own SASNOC President, Pauga Talelei Pauga, who gave Vaipava a big hug as he presented him with Samoa’s first medal of the Birmingham games.

Vaipava was emotional as he left his boots at the podium after his final lift, indicating his retirement from the sport after representing Samoa for over 15 years.

Vaipava Nevo Ioane started collecting medals for his country since 2007 when he won gold at the South Pacific Games.

In 2019 he won 5 gold medals in total for Oceania competitions including the Pacific Games, Oceania and Commonwealth Championships.

Vaipava represented Samoa at the 2016 summer Olympics and had also qualified for the Tokyo Olympics in 2021, however, due to Covid-19 Samoa did not compete.