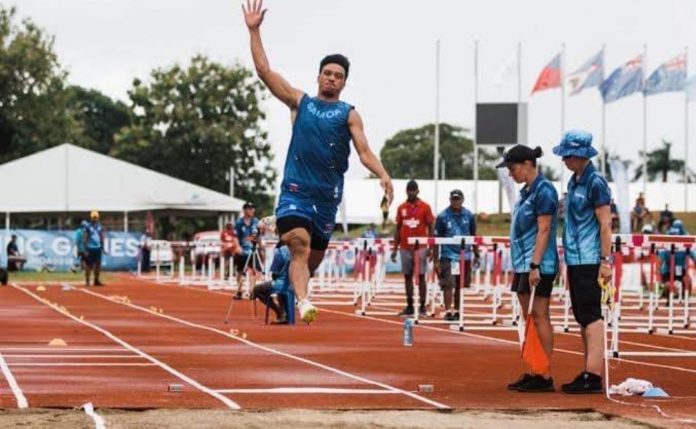 Pacific Games Long Jump Gold Medalist Kelvin Masoe from Vaiola High School in the Big Island of Savaii has gotten the call up for the Manu Samoa 7s squad travelling this week to the Dubai-Capetown legs of the HSBC World Sevens Series.

Kelvin Masoe was a High School Champ of Champs King for the 100m sprint, securing him a position in Samoa’s 2019 Pacific Games athletic team.

Masoe won the bronze medal in the men’s 100m sprint and a silver medal for the men’s 4 x 100m relay.

Masoe is not just an athletics king, he was a member of Samoa’s Gold Medal Youth Commonwealth Games Sevens Team in 2017.

Masoe was not uncluded in Sir Gordon Tietchens original team named on Monday afternoon due to uncertainties with his visa.

His addition to the Samoa Sevens squad brings much needed speed to Sir Gordon’s side for the first leg of the new season.

Paulo Toilolo originally named in the squad on Monday now misses out due to Masoe’s inclusion.