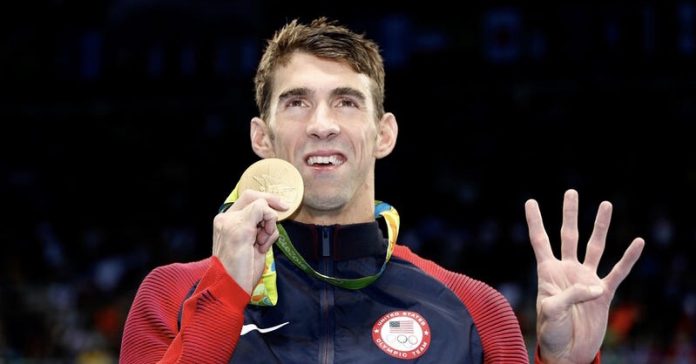 When he won eight gold medals at the 2008 Beijing Games, Phelps broke fellow American swimmer Mark Spitz’s 1972 record of seven first-place finishes at any single Olympic Games. At the 2004 Summer Olympics in Athens, Phelps had already tied the record of eight medals of any color at a single Games by winning six gold and two bronze medals.

He has won 82 medals in major international long course competitions, of which 65 were gold, 14 silver, and three bronze, spanning the Olympics, the World Championships and the Pan Pacific Championships.

Phelps earned Sports Illustrated magazines  Sportsman of the Year award due to his unprecedented Olympic success in the 2008 Games.

After the 2008 Summer Olympics, Phelps started the Michael Phelps Foundation, which focuses on growing the sport of swimming and promoting healthier lifestyles.

He announced his second retirement on August 12, 2016, having won more medals than 161 countries. He is widely regarded as the greatest swimmer of all time and is often considered to be one of the greatest athletes of all time.