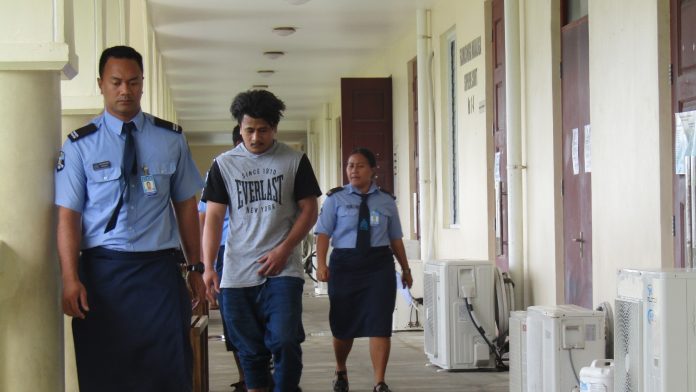 Iakopo Simeti of Fatuvalu Safune and Falelauniu-Uta pleaded guilty to the charge of murder before Justice Leiataualesa Daryl Clarke this week.

Simeti had orginally pleaded not guilty but this week entered a change of plea through his lawyer Su’a Helene Wallwork in the Supreme Court earlier this week.

Justice Leiataualesa sought confirmation from the 21 year old and ordered the charges to be read out again for the information of the accused.

“You do know that this charge has a maximum penalty of life imprisonment.”

On the 12th of May this year, the accused was drinking with some men from the village at Falelauniu when an arguement broke out.

Simeti then left the group and walked to his home, returning with a knife, and stabbed one of the men who later died in hospital.

The Court also heard that Police intended to file further charges of attempted murder against Simeti.

Justice Leiataualesa has adjourned the matter to the 22nd of January for sentencing requesting final submissions by the 18th of this month.

Coronavirus Update and What You Need to Know