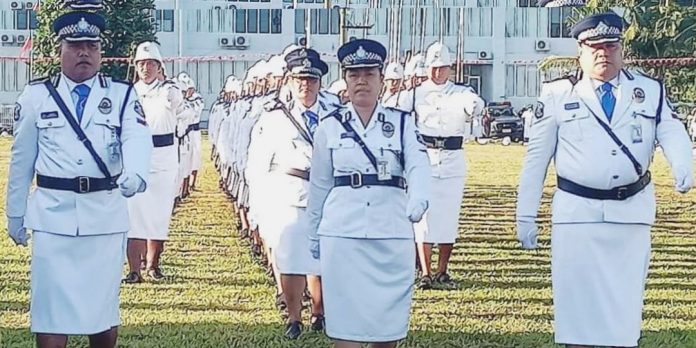 The Ministry of Police, Prisons and Corrections Services are recognised as 2022 People of the Year. 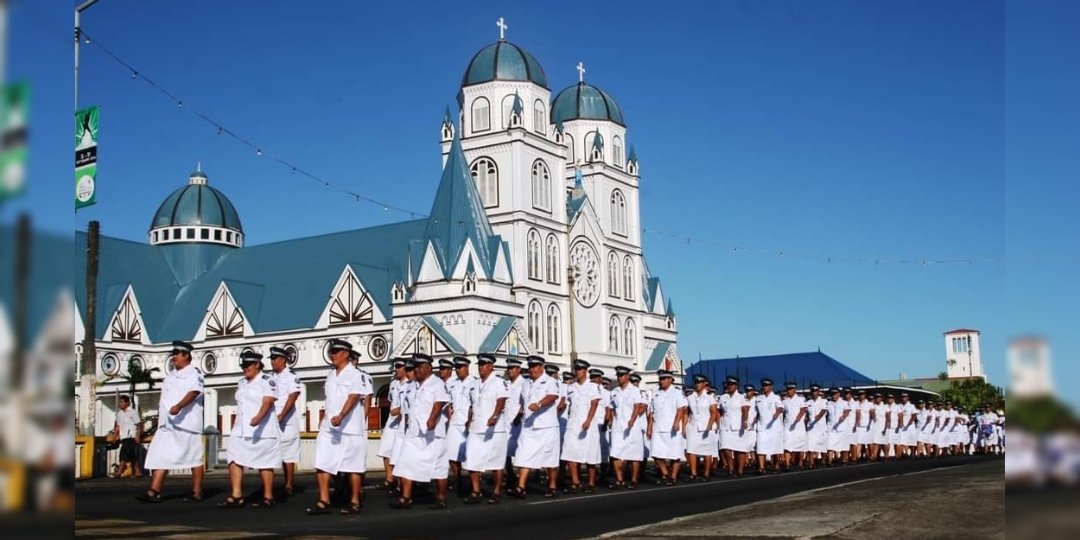 It has been a long and difficult year. Samoa went into complete lockdown in March with the detection of its first Covid-19 case, and this began a rollercoaster of announcements that shifted Alert Levels up and down until international borders re-opened to the world in August 2022.

Many Government officials, departments and teams are to be commended for their work during the year as Samoa forged ahead with nation-wide vaccinations and efforts to bring the global pandemic under control.

However, one Ministry was given the responsibility to monitor and enforce the various State of Emergency Orders, and maitain the safety of security of Samoa and its people during times of uncertainty.  The Samoa Police Prisons and Corrections Services (SPPCS) worked round the clock during the lockdowns as Samoa’s community cases rose, and at one stage, the tally for Officers who had tested positive exceeded 300. This did not stop SPPCS. Instead, Police and Prison officers cycled themselves back to work as they recovered. 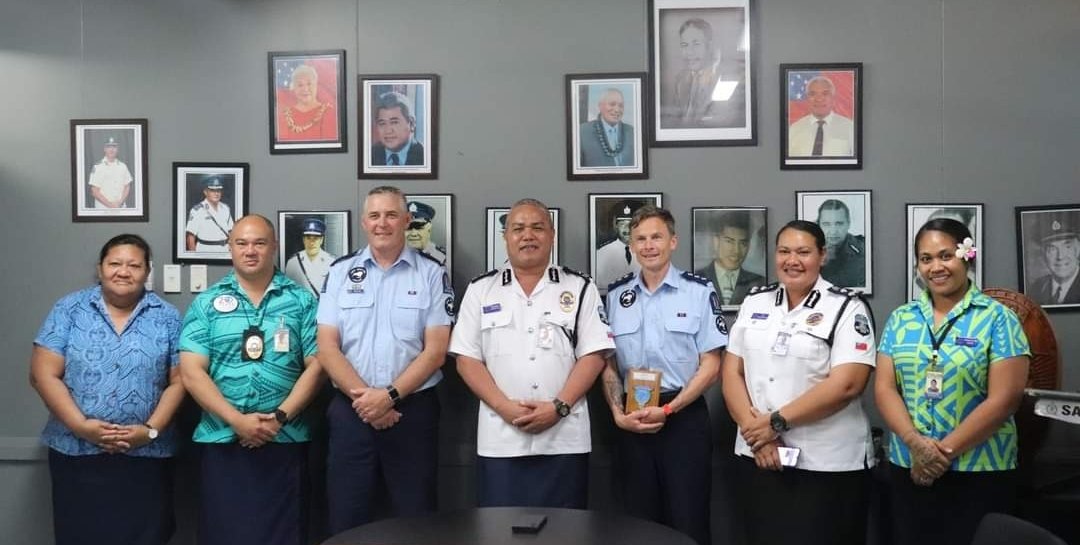 Despite having to work round the clock to enforce SOE Orders, SPPCS also had to maintain general policing responsibilities, fight crime, continue the war against drugs, respond to calls of domestic violence and drunkard brawls, put up police blocks to monitor unlicensed and drunk drivers, assist the AG with public prosecutions, and the list goes on.

With the resignation of Police Commissioner Su’a Egon Keil in late 2021, the Ministry of Police and Prisons spent the first half of 2022 under a rotational leadership between three Deputy Commissioners, Auapaau Logoitino Filipo, Papalii Monalisa Tiai-Keti and Leiataua Samuelu Afamasaga. For the most part, the country never knew who was in charge from time to time, which was a testament of good solid leadership as the trio transitioned from one to the other without impacting the nation.

As Deputy Commissioner, Aupaau had taken up the role of media liaison – keeping the public informed, responding to all queries. He never backed down from facing the media with questions on behalf of the public, no matter what the issue.

When Auapaau was appointed to lead as Commissioner of Police, Deputy Commissioner Papalii Monalisa Tiai-Keti has since taken up this role. Weekly press conferences were reistated this year, and the public remain informed of all police investigations. In between the weekly PCs, the SPPCS media team keep the Ministry’s socials updated on a regular basis.

The vision of the new Commissioner was to work more closely with Village Councils, set up an Independent Board to handle internal investigations into police conduct, and put systems in place to ensure improved police response times and general service delivery to members of the public. 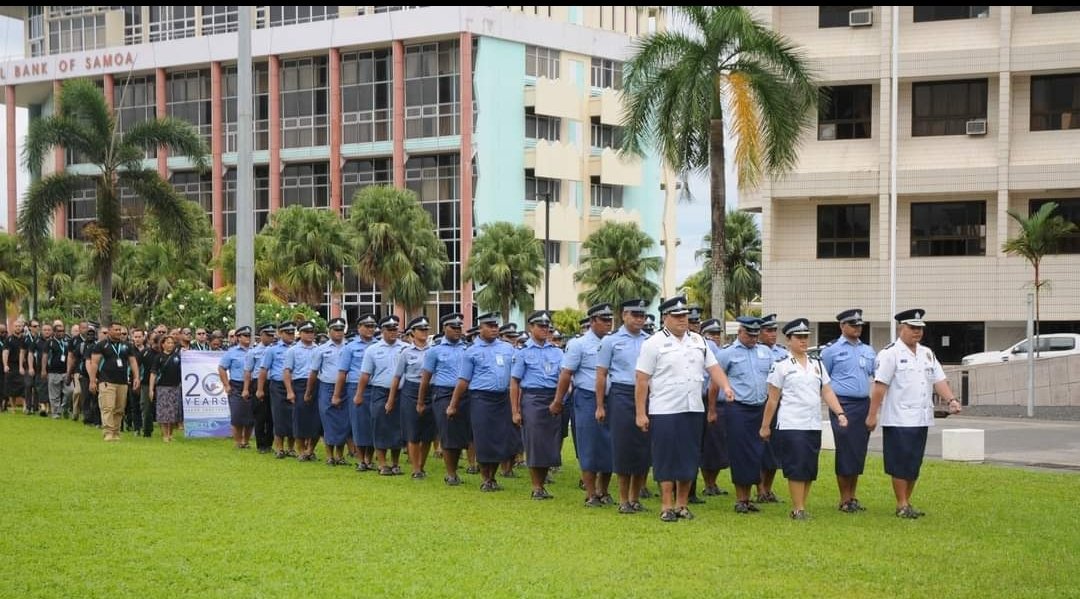 “We have to recognise the important role they play within communities on a daily basis, and find ways for law enforcement to work effectively with them,” Auapaau had said at the time.

Although there is still a long way to go, this year did see a notable decrease in crimes during the high-risk long weekends of Father’s Day, Mother’s Day and White Sunday. Fatalities due to motor vehicle accidents also dropped. SPPCS attributed the removal of locally made vodka from the shelves as a major factor, however, the awareness programmes and constant reminders from the Ministry also contributed to the drop in alcohol-related incidents.

When school fights broke out, Police Commissioner Auapaau was right at the centre of reconciliation talks between schools, in efforts to apply restorative justice and ensure second chances are given to first time teenage offenders involved.

In terms of Community Policing, SPPCS lifted its presence during the recent Toa Samoa celebration parades and car rallies during the Rugby League World Cup, and again this week during the Toa Samoa visit.

This year, the Samoa Police continued to uphold a vigorous screening process and higher recruitment standards upon new officers graduating from the Police Academy. The Class of 2022 saw just 65 new officers graduate from the intensive 7-week programme, out of hundreds who applied to become members SPPCS.

In terms of gender equality, SPPCS continues to lead the mindset change around women in the force, with graduates being 43:57 women to men. Also in the area of gender based violence towards women and girls, SPPCS formalised its long standing relationship with the Samoa Victim Support Group with the signing of an MOU to guide ways of working together to not only fight against violence, but also ensure vicitims’ and children’s rights are protected.

In other Continuing Education (CE) and upskilling courses, members of SPPCS graduated from APTC, with Diplomas of Counselling and Advanced Trainer and Assessors Course for International Skills Training. SPPCS members also graduated from APTC’s Work, Health & Safety Course this year while others became qualified First Aid Istructors. SPPCS members from the Police DV Unit as well as Prisons also this year participated in an Introductory course on Understanding Domestic Violence under the Spotlight initiative. Other upskilling programmes included cyber security and leadership through attachments to Australia and New Zealand Police.

The Ministry continued its rehabilitation programmes for inmates, and this year saw Oloamanu Prison inmates graduate from the EFKS Missionary program. 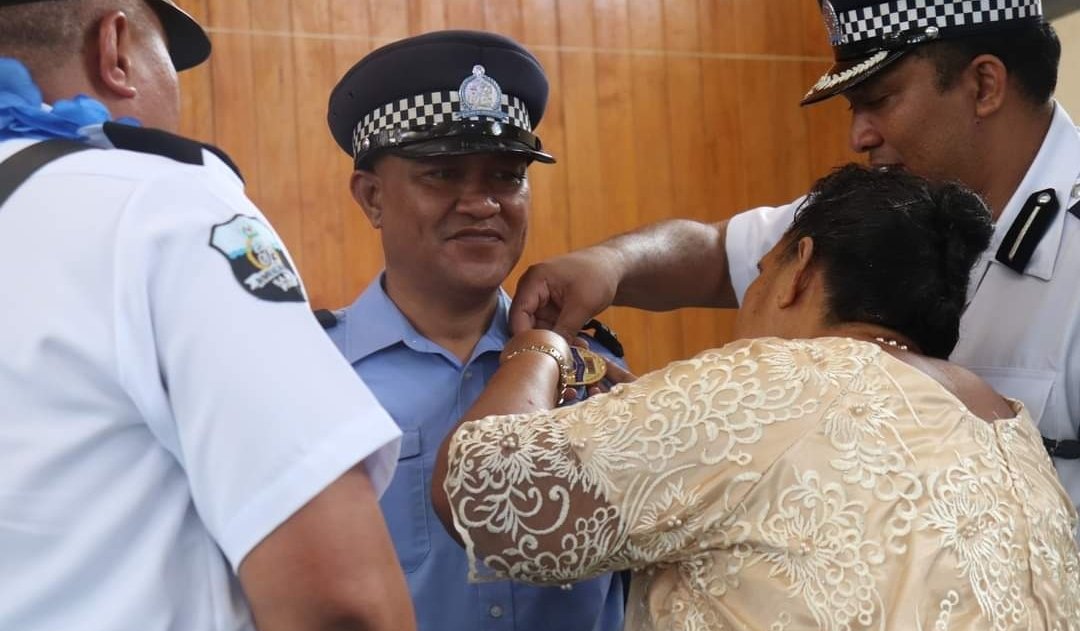 In terms of Tertiary Qualifications, more and more members of the Samoa Police have accssed scholarships including the study of Law through SAPP. A Senior ICT Officer from SPPCS graduated with a Masters in Information Secutiry & Digital Foreniscs from AUT, while a Senior Sergeant graduated with a Bachelor of Laws from USP.

The year also saw major achievements by female officers within SPPCS, led by Deputy Police Commissioner, Papalii Monalise Tiai-Keti who was awarded and recognised internationally by the Australasian Council of Women and Policing (ACWAP) for her leadership achievements in strengthening gender equity within the sector.

Papalii became the first Pacific member to win the events highest honour, the Audrey Fagan Memorial Award, which recognises outstanding women who have shown exceptional qualities as a mentor, role model and leader of men and women in policing and law enforcement.

This year also saw another ground breaking moment for women in law enforcement, when a Guard of Honour was led for the first time by a female – Field Marshall and Assistant Commissioner Papalii Efo Moalele.

Looking ahead, the Ministry have already begun the planning and preparations towards the high level security required for the Commonwealth Head of Governments Meeting (CHOGM) to be held in Samoa in 2024.

In terms of engagement with the public, SPPCS also creates the best content in terms of safety promotional videos, and this year, the Ministry’s siva tau in support of the Toa Samoa was shared widely and definitely a crowd favourite. 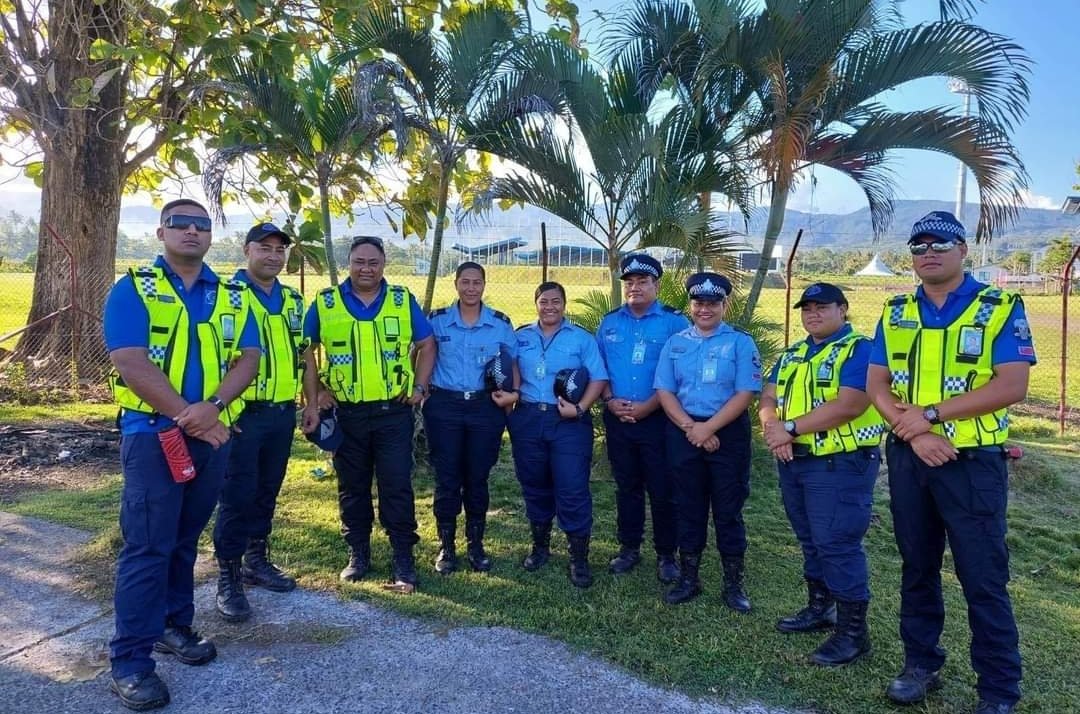 For these achievements, and many more that have not all been listed, Members of the Ministry of Police, Prisons and Corrections Services are honoured as People of the Year for 2022.