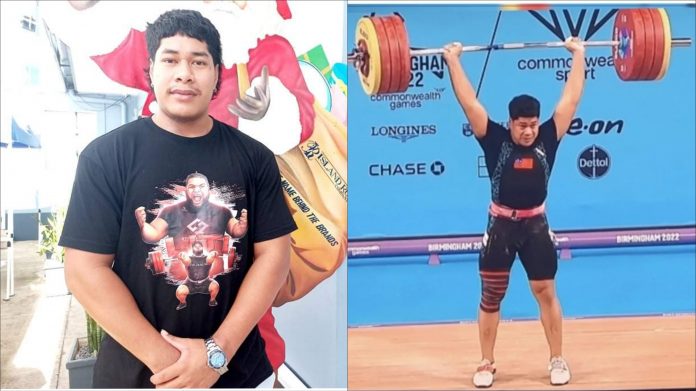 Samoans at home and around the globe celebrated the nation’s first gold medal at the Birmingham 2022 Commonwealth Games when Don Opeloge took out the weightlifting 96kg category with ease.

The 23 year old Avele College alumni from Vaoala had won a silver medal for Samoa at the Gold Coast Commonwealth Games in 2018, and was determined to turn that into a gold for his country.

Opeloge comes from the famous weightlifting family; with his brother Niusila and his sister Ele both having won gold at the 2010 Commonwealth Games in New Delhi.

In 2019 at the age of 21, Don Opeloge wrote himself into the history books as the first ever medal winner for Samoa at an International Weightlifting Federation (IWF) World Championship, securing none less than Gold.

Don Opeloge first took up weighlifting in 2015 aged 16. He entered the international scene at the Youth Commonwealth Games hosted in Samoa that year, and won a bronze medal.

Don received $20,000 from the Government of Samoa for winning Gold at the 2022 Commonwealth Games. With his winnings, Don said he used the money to renovate his parent’s home.

To Samoa’s youth, the Gold Medalist says its important to set goals and make sure you put God-given talent to good use.

“Whatever talent God has given you, it is about service to God, your family and to Samoa,” he said.

Don says that in all things, we should acknowledge God and give Him back the praise.