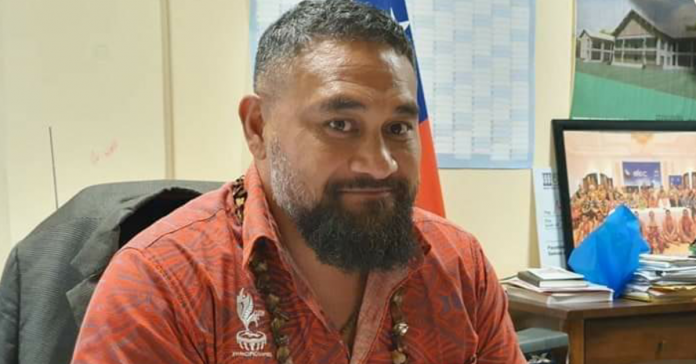 The Samoa General Elections of 2021 has been set for Friday 9 April 2021 as confirmed by Electoral Commissioner Faimalo Mathew Lemisio who adds that there is no possibility of postponement due to covid-19 state of emergency lockdowns.

“At the moment, there is no sign to postpone the elections;

“Calling of elections are governed under the Constitution of Samoa and the Electoral Act 2019,” said Faimalo.

Final amendments to Samoa’s Electoral Act were passed into law last Tuesday, 28 April 2020 with several Members of Parliament still raising questions, concerns and clarification on some of the changes now imposed.

In response to questions, Samoa’s Electoral Commissioner clarifies the interpretation and application of some of the new laws that shall now govern Samoa’s upcoming 2021 General Elections (GE).

Candidates will require statutory declarations from two matai as well as a declaration from either a Sui o le Nu’u (SN) or Sui Tama’ita’i o le Nu’u (STN) confirming monotaga and residency requirements. Under the new rules, the two matai must sit in the village council; meaning matai who do not actively participate in the village, are no longer eligible to confirm the status of a candidate.

There is also now an increase in the number of days per year that a candidate must reside in Samoa, in the preceding three years to the date of their nomination. The number of days used to be 240, and candidates should note that this has been amended to 305 days.

“The new amendment passed last week also requires a candidate to reside in Samoa for 305 days per year, for three years counting from the day he or she lodged her nomination papers declaring her candidacy,” clarifies Faimalo.

In terms of campaigning, the Electoral Act outlines the approved methods that are lawful when the campaign period starts after the nomination of candidates.

The approved methods for campaigning under S42(2) of the Electoral Act focuses on the publication of issues and the promotion of a candidate’s key messages for elections. These are the only methods of campaigning allowed under law.

S42. Approved methods: (1) A candidate must only use the approved methods of campaigning provided under subsection (2). (2) The approved methods for campaigning are as follows: (a) handing out of pamphlets providing the candidate’s – (i) personal background; and (ii) academic qualifications; and (iii) issues for which he or she supports; (b) use of billboards to provide a pictorial presentation of the candidate and issues of which the candidate wishes to inform the public; or (c) oral or filmed presentations or speeches using any mode of communication available which includes electronic devices. (3) In this section “electronic devices” means any device that can be used to promote a candidate’s message for elections.

Faimalo explains how the amendments have further clarified the campaign period for candidates.

“The calling of nominations now takes place almost six months before general elections, and the campaign period starts three days after the announcement of candidates, and runs from after nomination right up to the eve of pre-polling”.

The common misconception is that Election Campaign Committees are now prohibited, however that is not the case. Committees are allowed to assist in so far as the approved campaign methods such as helping to distribute pamphlets, and raise awareness of the issues the candidate wishes to address or stand for.

Faimalo clarifies, “Committees who transport voters to vote or register are prohibited; but if they are to assist a candidate in executing the approved methods outlined in Section 42, then that shouldn’t be an issue”.

“We believe that voters deserve enough time to hear from a candidate about the issues that they will fight for when they are elected,” said the Electoral Commissioner.

The 2021 General Elections will impose laws that aim to change many questionable practices, mindsets and acceptable norms with which Samoa elections have become accustomed.  The Electoral Commissioner stresses that both candidates and voters play a key role in putting a stop to corruptible practices of bribing and treating that have somewhat become acceptable norms in Samoa General Elections.

Faimalo says the logic in this amendment is to instill a sense of ownership on a voter to go out on their own without anyone influencing them, and exercise their right to vote freely.

“The transporting of voters to register and to cast their votes on election day has been a weakness in the process; based on electoral cases from past elections, it is during these moments when acts of bribery and treating take place”.

“That’s also the reason why there are no more special booths so that voters can vote in their own villages and constituencies”.

To support this new norm, Faimalo says discussions are being held to ensure there is extensive availability of public transportation on election day.

Another common feature of elections past which had become an expectation of voters and somewhat a burden to candidates, is the provision of plates of food. In prior amendments, instead of recognising this as bribery and treating, the election rules had allowed for plates of food worth $10 tala, to be handed out 100 metres away from booths.

Come 2021, voters should wake up and have a hearty breakfast before going along to exercise their democratic right to cast their vote – because plates of food will no longer be part of Samoa’s election day.

Samoa’s Electoral Commissioner says, “That is treating. Why should a candidate feel obligated to provide plates for voters on election day? The only logical reason we could think of is influencing the voter to vote for them. And why should a voter expect to be fed by a candidate on election day when he or she eats at his own home on the day before elections and the day after elections?”

“We need to change this kind of mindset and both candidates and voters play a key role in addressing that”.

It is now commonly known that there will be no special booths, and all voters must make the trip to the constituency in which they are registered, to cast their vote on election day, (with the exception of pre-polling described below).

“Yes you have to”, says Faimalo. “Rural constituencies and those in Savaii have been complaining about ‘strangers’ on their electoral rolls. They claimed during the Commission of Inquiry that there are a fair number of people on their rolls whom they do not know;

“The elevating of residency as a primary requirement for voters will address that issue as people in the village know exactly who lives in their villages – even those who are in Apia for work or school. So having voters all travel back home in their villages to cast their votes on election day should not be an issue if they truly belong to those villages”.

Exceptions have been made to allow for voters to cast their votes prior to election day.

Faimalo explains that not every voter is eligible to pre-vote.  “Pre-polling is another important change in our process. Only our elderly, those in essential services, those travelling on the week prior to election day and those with disabilities are allowed to pre-vote”.

Questions Raised by Members of Parliament

Removal of ‘Religion’ from the Definition of Monotaga

During the passing of the Electoral Amendments last Tuesday, Laaulialemalietoa Leuatea Schmidt asked why the words, ‘..or religious’ have been removed from the definition of monotaga, as required under the eligibility rules for a candidate.

The Electoral Commissioner explains that religious monotaga or service, was only recently inserted in 2015 to accommodate the ‘tautua’ requirement of the ‘monotaga’ of candidates running for the urban seats.

“Now that the Urban Constituencies will be dissolved, it was only appropriate to revert back to the original status of the Law as it was in 1963”.

Faimalo added that the amendment was a technicality and in no way intended to disrespect Samoa’s foundation as a Christian nation.

One Place of Residence

In terms of voter registrations, the residency rule has been strengthened for all non-matai voters to register at their place of residence.  The amendments passed last week further requires that a person “can only have one place of residence, “which is determined by using information confirming that he or she has resided in a place for at least 6 months immediately before registration”.

That means that for all non-matai, and especially first time voters who have just turned 21 and have not yet registered to vote – they must register in their constituent of residence as defined above.

Again, one of the reasons for strengthening the residency requirement for voter registration is to address the complaint from rural constituencies that voters living away from the village, or those with cultural heritage connections living in urban Apia for employment and education – can unfairly decide their Members of Parliament.

On the other side of the debate was the concern raised by Deputy Prime Minister and former Minister for Elections, Hon Fiame Naomi Mataafa during the final reading of the Electoral Amendment Bill in Parliament.

Fiame said she had also pondered over this issue during the time she held the portfolio for General Elections; and wonders if we are not taking away the right or opportunity for Samoans, who wish to return to their village of heritage, to cast their vote.

To limit the common habit of voters transferring every five years, often to support family members running in elections – voters are now only permitted to transfer after a 10 year period. Under s18 of the Act, a voter is only eligible to transfer registration from one constituency to another if the transfer is after 10 years.

Papalii Niko Lee Hang requested on behalf of members of his Constituency living in urban Apia if an exception applied to those who now needed to transfer away from villages of heritage and into their place of residency.

Faimalo confirmed that the transfer rule of 10 years takes precedence and still stands. “They are still eligible to vote with the constituencies they are currently registered. However, for the 2021 General Elections, only residents who have not transferred in the past 10 years, are eligible for a transfer”.

Office of the Electoral Commissioner

The vision of the OEC is, “for the people of Samoa to embrace and participate in free, fair and inclusive Elections”.

“We endeavor to work in partnership with all stakeholders to implement efficient and effective electoral systems and services; to maintain and upload the basic principles and basic components of the democratic process for Samoa”.

The Offices of the Electoral Commission are located on Level 3, DBS Building and Level 1, SNPF Plaza – currently open from 9am to 3pm while Samoa is under a State of Emergency.