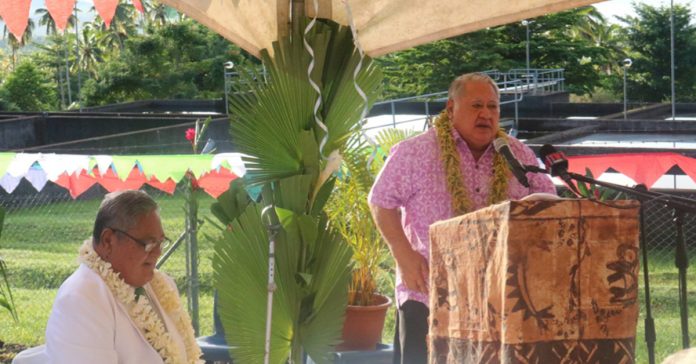 We are gathered here today for the Commissioning Ceremony to mark the Completion of the construction and installation of the 200 Kilowatt Vailoa New Hydro Power Plant.

This project is part of Government’s Strategic Plan to be 100% on renewable energy by year 2025 in order to reduce Samoa’s dependency on diesel fuel to generate electricity and reduce the emission of poisonous gas into our environment that has resulted in major changes in climate. In 2018, 48% of the total electricity demand for Samoa was generated from Renewable Energy and 52% from diesel. For the island of Savaii, only 1% was generated from renewable energy.

Vailoa new Hydro Power Plant is one of the three (3) new hydro power plants that have been constructed as part of Renewable Energy Development and Power Sector Rehabilitation Project.

The other two new hydro power plants are Tafitoala and Fausaga hydro power plant dedicated last week and Fuluasou hydro plant still under construction and scheduled to be completed in the next three months.

All these projects under the Energy Renewable Energy Development and Power Sector Rehabilitation Project are funded from grants from Asian Development Bank, European Union, Government of New Zealand, Government of Samoa, and Electric Power Corporation.

Installed capacity of this new hydro power plant is 200 kilowatt and produces 500,000 kilowatt hour units of electricity per year which is about 4% of the total annual electricity demand in Savaii. This will provide electricity to some 800 families in Savaii.

This plant will save about 167,000 litres of diesel fuel per year that would normally be used to generate electricity from diesel generators or a saving of $526,000 Samoan Tala per year. Plant will also reduce 450 metric tons of carbon dioxide gas emission to the atmosphere.

The Power Plant uses water from the same river that supplies water to SWA Water Treatment Plant. Plant is designed to first use water to generate electricity and then the same water discharges to SWA’s Vailoa water treatment plant for water supply for all of Fa’asaleleaga, from Vailoa to Faga villages. 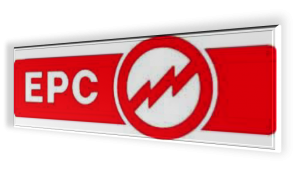 The new power plant includes a buried fiberglass pipe from the river intake to power station, surge chamber, and power station installed with one vertical 200 kilowatt Pelton turbine with 3 jets and generator and electrical equipment. The Plant is connected to the Saleologa through the Asau Distribution feeder to supply power to customers in Vailoa, neighboring villages in the south side of Savaii. The Plant is remotely controlled from EPC’s Salelologa Control Center through telecommunication links using microwaves, radio signals and fiber optic cable. Plant is also monitored and controlled from the National Control and Dispatching Centre at Fuluasou in Upolu. This enables the new plant to be integrated with rest of EPC’s network in Savaii for improve efficiency and reliability of operation with maximum output power dependent on river flow.

This is the first ever Hydro Power Plant in Savaii and it won’t be the last.

In conclusion I wish to thank all the people and companies who were involved in this project; the contractor and their team of local and off-island subcontractors, Alii ma Faipule o Vailoa, for your support of Government Development Projects like this new hydro. I also would like to thank the 15 families who agreed on Government’s taking of part of their lands to build this new Hydro Power Plant; to benefit not only Vailoa but all of Savaii. Government, as part of this project, is rebuilding and extending the existing plantation road for EPC staff to access power plant and facilities for maintenance, the village to get to their plantations and to easily escape to higher grounds during natural disasters.

I would also like to thank our Development Partners, the Asian Development Bank, European Union, and Government of New Zealand as well as all other donor partners such as Australian Government, Japanese Government and JICA, for help in funding this and other development projects. May God continue to bless you all so that you will continue to help Samoa with all its developments especially the development of renewable energy resources like this new hydro power plant in order to reduce the impact of climate change on our communities and people.

Last but not the least, I would like to thank all the Government Ministries who were involved in this project; in particular the Minister of the Ministry of Works, Transport and Infrastructure, the Chairman and Directors of the Board of Directors of the Electric Power Corporation, the Management and Staff for the continuous improvements of our EPC.