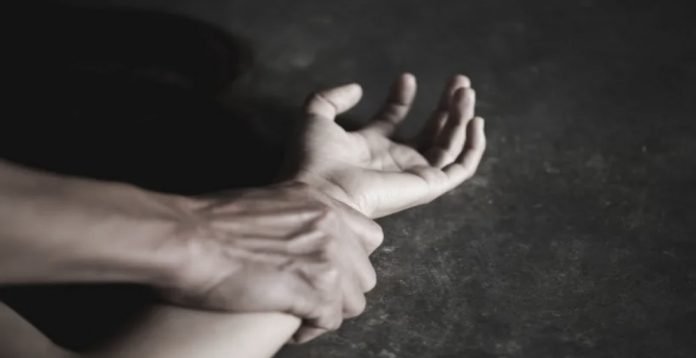 A 44 year-old father was handed a 20 year jail sentence in the Supreme Court of Samoa for 32 counts of sexual violation against his biological daughter, who was 17 at the time of the offending.

Justice Fepuleai Ameperosa Roma spoke strongly towards the defendant whose name is suppressed for the protection of the identity of the victim.

“Daughters should be safe in their own homes and especially under the care of their fathers,” Justice Fepuleai said.

“One of the aggravating factors of this matter is that the trust your daughter had for you as a father to protect her, was breached,” he added.

The first incident occurred in January 2017 when this father had woken up his then 17 year old daughter, told her to go into a separate room, and raped her. As is common in incidents of sexual abuse and rape within the home, the perpetrator then threatened to kill the victim if she ever spoke to anybody about what had happened, especially her mother.

According to the Police Summary of Facts report, the incidents occurred between January 2017 and continued through to August 2019. It all surfaced when the victim finally told her sister-in-law, her older brother’s wife, about the multiple times her father had raped her.

When this matter was called before the Courts in late 2019, the father was facing 79 counts of rape and 79 counts of incest. It was also made known at that time by Prosecution, that this was the second daughter this man had violated.

Prosecution told the Court at the time that the defendant was found guilty in 2014 of the rape of one of his other daughters, and when released on probation, these new charges were brought against him. The case then went through to a bail hearing where Prosecution had vehemently denied bail.

“Your Honor, he has other daughters at home,” Prosecutor Fuifui Ioane had pleaded at the time.

Bail was denied and a June 2021 hearing date was set. The case was then left in the back-burner, when the Supreme Court was made to prioritise pre and post election petitions and constitutional challenges during the prolonged political crisis.

The defendant, represented by Afamasaga Michael Soonalole, later pleaded guilty to the revised 32 sexual violation charges and came up before Justice Fepuleai Ameperosa Roma for sentencing.

Referring to the Victim Impact Report (VIR), Justice Fepuleai said the young girl mentions being in pain and feeling helpless. The victim had also become suicidal in her state of post traumatic depression following the shock of her father’s actions towards her over a prolonged period of time.

Also in the VIR the victim tells of how the incidents hurled her into getting married before she had turned 20, taking up a husband as a ‘refuge and escape’ from her father’s abuse.

“One of the aggravating factors of this matter is that the trust your daughter had for you as a father to protect her, was breached,” said Justice Fepuleai.

One of the most common factors amongst perpetrators of family violence is the displacement of responsibility and the mindset of abusers, that it was somehow not their fault.

This father was no different, having told Probation that all the incidents were consensual. He also continued to deny that he had threatened the victim, and failed to see that he had complete power and control over her given her young age, and the fact that he was her father.

Another fact mentioned in the Police Summary of Facts report that supports the attitude of displacing responsibility is a repeated reference to the mother being at bingo during the rapes, “leaving the victim and her younger siblings alone with their father”. This type of reference once again reiterates common societal thinking, that acts of violent abuse and rape by men over young girls, are somehow caused by other factors or by someone else’s actions, other than the perpetrator himself.

Prosecution requested a starting point of 50 years imprisonment for the defendant. Justice Fepuleai referred to the precedented rape bands set down by the Court of Appeal in 2013, and declared this as falling within Band 4 of 19 years to life.

The father was convicted of 32 counts of sexual violation and sentenced to 20 years imprisonment.

A National Public Inquiry into Family Violence in Samoa led by the Office of the Ombudsman’s Human Rights Institute found 9.5% or one in ten women respondents said they had been raped by a family member in their lifetime. One third or 33% of women who are raped contemplate suicide, and 13% of them actually do attempt to take their own lives.

Cases of rape, incest and sexual violation of young girls continue to flood the Courts every week. Not a week goes by without a case of sexual violation before criminal mentions. The issue has reached epidemic levels in Samoa. The only shelter in Samoa, SVSG, houses hundreds of children while they await the completion of court proceedings towards their abusers.

On this day, 25 November, the 16 Days of Activism against Domestic Violence towards women and girls launches this morning with an official service and awareness programmes hosted by the Ministry of Women, Community and Social Development at the Soccer Field at Tuanaimato. Throughout the next 16 days, programmes and various initiatives that aims to raise awareness of the issue.

If you or someone you know is being physically, emotionally or sexually abused, please contact the Police Domestic Unit on Ph 22222 or call the Samoa Victim Support Group 24-hour free-calling hotline number for help.