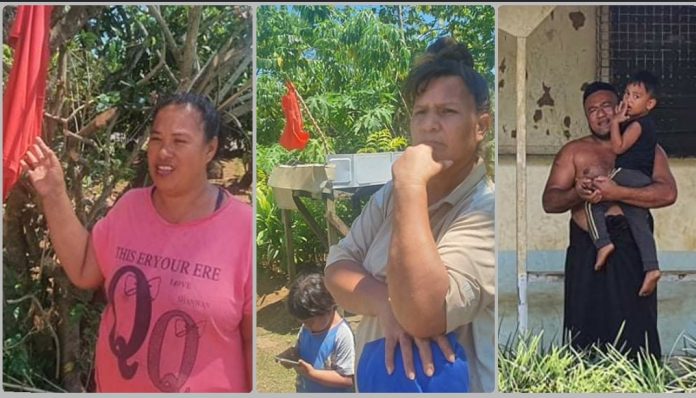 2pm Day 2 Samoa Lockdown. Vaccination teams working their way through the many families in both Falelauniu Uta and Falelauniu Tai, as well as Nuu Fou who had been waiting for the chance to be vaccinated.

As of 1:00pm on Day 2 of the mass vaccination, several streets in Falelauniu had not been visited by the vaccination teams, however, teams have now arrived to some families.

Pu’a Pou Laufiso of Falelauniu-Tai said there are five adults in their home needing first doses. She said she had called the Ministry of Health and was told not to worry the team assigned to their area was on the way, and to ensure there was a red flag up-front.

“At exactly 2pm the team came around to us,” Pua has since confirmed.

Also at Falelauniu-Tai is the family of Aiolupo Tanielu, where Carol Tautiaga said all the eligible adults in their household have all been vaccinated, but they have placed a red flag up for their son who has recently turned 18.

Mrs Tautiaga told Samoa Global News she also wanted to ask about their kids who were 17 turning 18 in coming weeks. The Vaccination teams, said Mrs Tautiaga arrived to her at around 2:30pm.

Ulata says there are five to be vaccinated in their home. Her two sons who attend High School need first doses while herself and two others need second. Mrs Faavesi said her husband is not at home as he works as a security guard at the SNPF building in Apia, and she was hoping to let the vaccination teams know if they could go by there and vaccinate him.

“He needs his first dose,” she said.

Across from the Faavesi family and along their street at Falelauniu, their neighbours also have red flags displayed.

At Nuu Fou many residential streets found to be in bad condition had red flags still displayed in the early afternoon of Day 2. 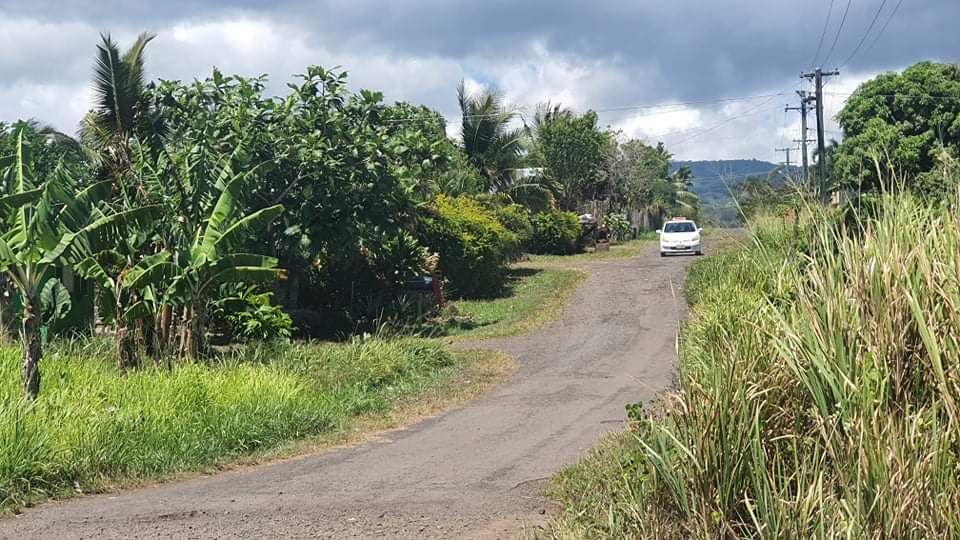 The driver of a Samoa Land Corporation double cab vehicle seen along the road said “it’s us” (o matou) covering this area. However, there was vaccination team with him.

Vanu Tuailemafua of Nuu Fou was seen waiting upfront of his home with his son. Their red flag also on display. 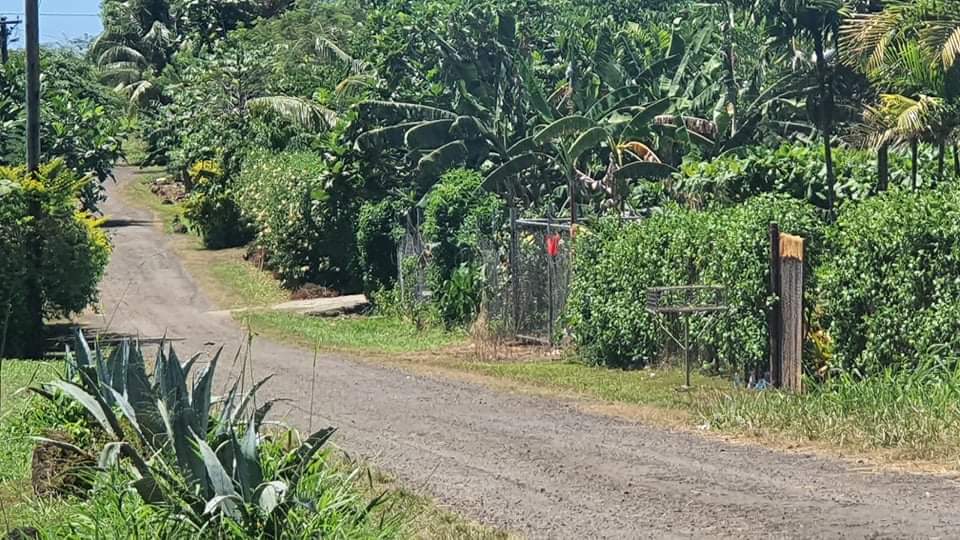 Vaccination teams continue to move through Samoa and have until 6pm this evening to get to those not yet covered.

At Vaivase a mother who waited yesterday confirms she has received her first dose and a Falevao family with 5 adults to be vaccinated also confirmed to Samoa Global News that they were visited by teams at around 12pm today.

As confirmed by Samoa’s National Emergency Operation Centre Chair Agafili Tomaimano Shem Leo, there were 83 Upolu and 41 Savaii Vaccination Teams on the road for Day 1. He said some teams were sleeping the night in rural villages to prepare for Day 2.

The target had been 30k doses over two days.

According to the data available at the end of Day 1 three villages had been marked as fully vaccinated being Falelauniu, Tiavi and Salamumu-Tai.

That number, according to the Director of Health, Leausa Dr Take Naseri, could be more than 10,000. Leausa said the information could not be updated because some data officers ran out of phone credit and therefore could not access the internet to process the online realtime updates.

“The staff ran out of data on their phones so they had to return to using pen and paper,” he said.

The numbers however did not change when the NEOC sent out the totals for Day 1.

On the live update at the end of Day 1 Leausa said there are locations that have been recorded incorrectly because the staff are young (talavou).

Villages being recorded by mistake are Lotofaga and Lotofagā, as well as Vailoa where there is a Vailoa in more than one district, says the Health Director.

Chair of the National Emergency Operation Centre (NEOC) Agafili Tomaimano Shem Leo thanked the community and called for their continued support and patience for Day 2.

Agafili also acknowledged the hard work of the teams especially vaccinators in the front line and those leading each team.