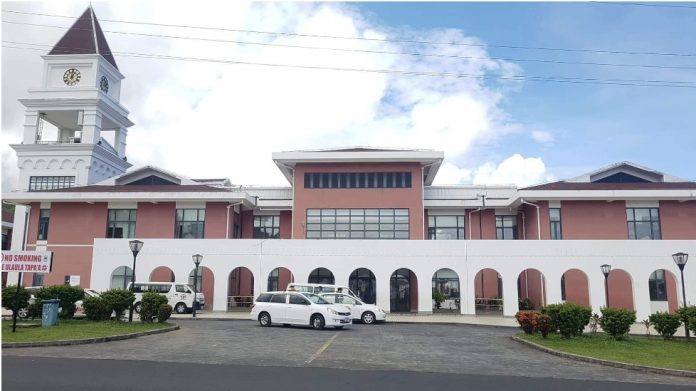 A 17-year-old boy allegedly beaten into a coma by his step-father is recovering at Motootua National Hospital.

Healthcare workers confirm the boy arrived last week from Savaii in a coma, and had remained unconscious for two days. Healthcare workers treated him at the Intensive Care Unit (ICU) of the Tupua Tamasese Meaole Hospital in Apia, and Wednesday night confirm he has stabilised, and moved to a ward. “He is stable, and recovering in Acute 7”.

Deputy Police Commissioner Auapaau Logoitino Filipo said a 47-year-old male from Salelologa Savaii was arrested and charged with attempted murder in relation to the incident. “The young man had suffered head injuries and was still in a coma when he was taken to the hospital.”

The young man was found lying at a bus stop, said Auapaau.

“They thought he was asleep, but then those who found him saw he had suffered head injuries. They called FESA and the boy was still in a coma when he was taken to hospital..”

DC Auapaau said the Fire and Emergency Services Authority (FESA) first responders were called. “FESA treated him and took the boy to the hospital. The team there then alerted us,” said Auapaau.

The Deputy Police Commissioner said their investigations led to the arrest of the boy’s stepfather. “The man we have arrested  and charged, is married to the boy’s mother,” said Auapaau.