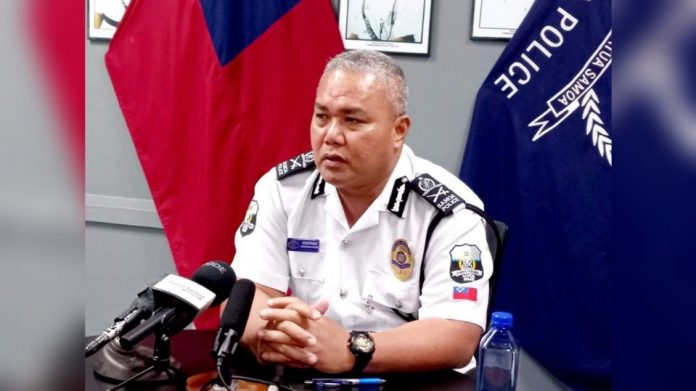 From the files of #FaaSamoa. A boy from Asau has died and another seriously injured after a staircase of an old abandoned house collapsed onto them.

In his weekly press conference with local media Commissioner Auapaau Logoitino Filipo said the two boys had been sent on an errand to collect bags of sand.

They came across an old abandoned building and went inside to rest from the sun.

“The staircase of the building collapsed and the boys were trapped underneath the rubble,” said Auapaau.

The Police Commissioner said the 15 year old died from injuries sustained, while the 16 year old remained in critical condition.

On behalf of the Ministry of Police, the Commissioner called on parents to be more diligent with supervising children.

“Especially if you are sending them on errands far from home, an adult should still be accompanying them to ensure their safety.”

The coroner has been satisfied of the accidental cause of death, and Auapaau confirmed the boy’s body has been released to his parents and family for burial.

The Police Commissioner expressed sincere sympathies and condolences to the boys’ parents and families.