Samoa is not taking any chances in protecting its borders from the spread of the coronavirus pandemic with the decision to quarantine all passengers who have arrived into Faleolo Airport over the past two days.

Passengers who arrived on Air New Zealand and Samoa Airways flights on Tuesday 24 March were transferred to be quarantined for 14 days, distributed between St Therese Retreat and Accomodation at Leauvaa and Moanalisa Hotel at Vaitele. 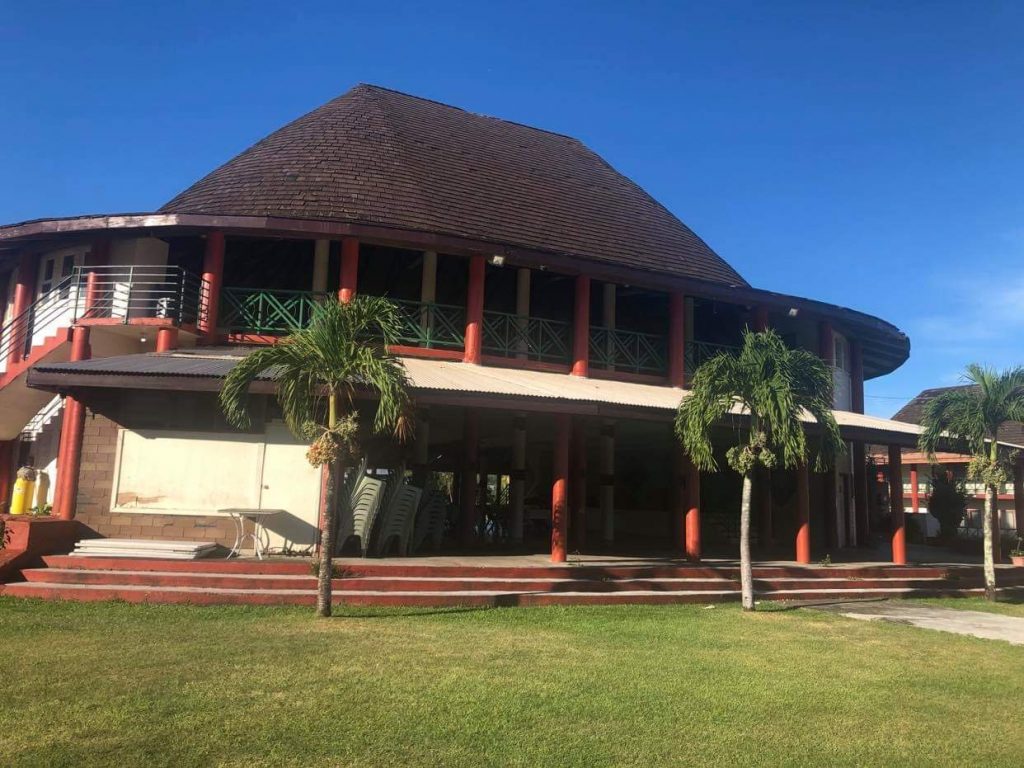 Yesterday students and Samoan citizens who arrived on a special flight from Fiji have also joined the quarantine camps.

In an interview last night, the Director General of Health Leausa Dr Take Naseri said there are about 400 people all being quarantined and closely monitored by the Ministry of Health.

“If anyone is symptomatic they’ll be taken to the Faleolo District Hospital, otherwise the majority who have shown no symptoms are placed in the quarantine site.”

Dr Leausa says anyone who may develop symptoms within the 14 day period would be immediately removed.

Samoa Global News has been in touch with several passengers being quarantined who say they fully understand and support the position taken by Samoa’s Ministry of Health.

A mother returning to Samoa with her children says self-quarantine would have been nice, but fully supports the stance taken by Government because she doesn’t believe all passengers would have been responsible.

“To be honest, can you really trust a whole plane load of people to self isolate? Probably not!”

“When New Zealand imposed self-isolation some people were very good, but then some were slack with the self-isolation and that puts everyone at risk”.

The mother of three girls jokes that her daughters are keeping themselves entertained by plotting possible escape routes through the ocean, to the next village.

She laughs, “No. We had already planned to self-isolate at home anyway, and had organized the food supplies etc.”

Samoa Global News has also been in touch with a mother whose 13 year old son attending boarding school in Auckland had travelled back unaccompanied on the Air New Zealand flight.

“We waited outside the airport terminal but they were taken straight to isolation”.

She says her son was scared and upset on the first night but has since met another boy in the same predicament, and they are keeping themselves company.

“He is very happy now and just learning to make the most of the situation.”

Those in isolation are provided three meals a day and checked each morning for symptoms. Family members are able to drop off supplies and necessities to the front desk for staff to deliver to their rooms. 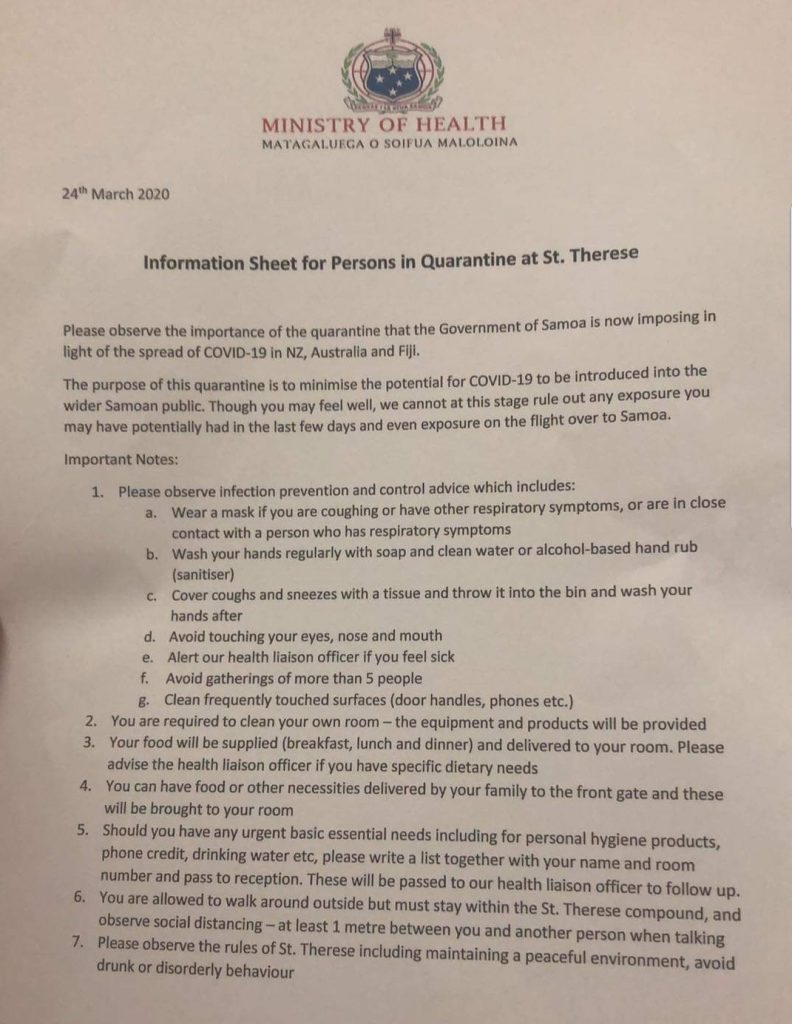