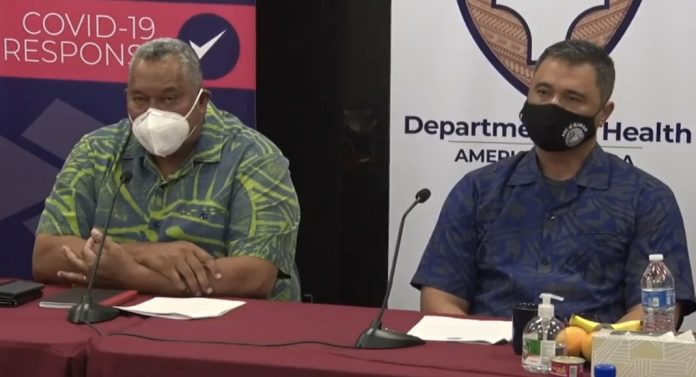 No details as to the extent of community transmissions or locations of interest have been shared by Health officials, however, a health department MIQ worker from the 27 January Honolulu flight is believed to have contracted the virus and 7 out of 8 of their family members have tested positive.

The Territory’s Talanei News reports the Department of Health (DOH) has said some of the family members attended a Sunday church service in Leone but the identity of the church has not been disclosed.

In a press conference aired on KVZK TV last night, Governor Lemanu Peleti Mauga called for unity, and urged churches and villages across American Samoa, to work together with Government, to ensure a single life is not lost to the pandemic.

Lemanu said American Samoa will shut down for one week including schools, all of government and private sector with the exception of essential services. The situation would be reassessed to decide next steps to take after the initial week long lockdown.

The 35 passengers is the highest number of imported cases on record for a single flight, and the first time quarantine staff had tested positive.

Prior to this flight, American Samoa had recorded 18 positive cases – all from Hawaiian Airlines flights that resumed commercial services between Honolulu and Pago Pago in September last year.

In neighboring Samoa, protocols regarding frontline workers were lifted after 25 passengers from a Brisbane Qantas flight and six healthcare workers tested positive last month. Samoa’s revised protocols has all frontliners who work a flight, quarantined and tested for a period of time before they are released to their families.