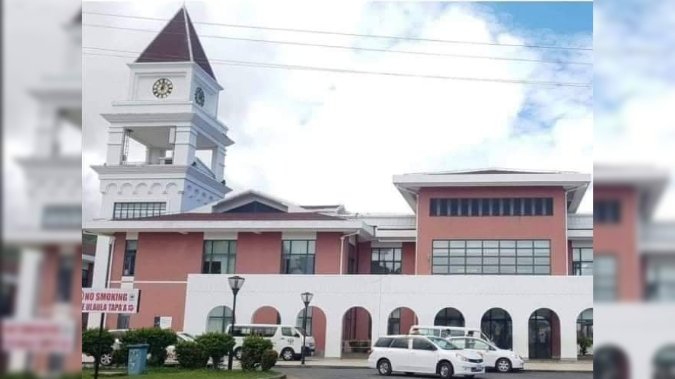 A 13 year old boy has been admitted to Motootua National Hospital with a gunshot wound after an incident in Afega over the weekend.

Police Commissioner Auapaau Logoitino Filipo said police are investigating the incident which was called in on Sunday morning.

The incident arose when a man had used his gun to try and kill a pig to prepare in the Sunday umu.

“The suspect is not the boy’s father,” said the Commissioner. “But the boy has sustained serious injuries and is being treated at Motootua.’

A member of Afega village told Samoa Global News that the man had shot and wounded the pig, however the pig started running.. “So he ran after it, and kept shooting..”

According to villagers, that is when the boy got caught in the line of fire.

Update 2pm: An update from the doctors confirm the boy is stable and has been moved to a ward to recover.

On Monday, Police Commissioner Auapaau said investigations were underway and charges will most likely follow.

Attempts to find out the condition of the boy from health authorities have been unsuccessful.

In another incident, Police have launched an investigation after a man was found dead alongside an inland road in Vaigaga.

Commissioner Auapaau says the body of a man, estimated to be between 55 and 65 years old, was found lying on the side of a road, which branches off from the main road in Vaigaga.

“An update will be available once police investigations are complete”.