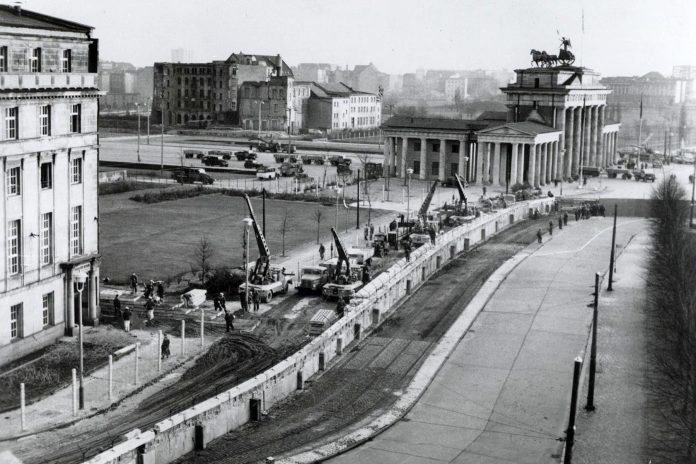 On August 13, 1961, the SED began erecting barbed wire to seal off the border all around West Berlin. Walls were erected within a few days. It was hoped that this would end the growing mass migration to the West once and for all.

After the war, with the help of the Soviet occupying forces, the SED, the ruling Communist Party, began establishing a dictatorship in East Germany (GDR).

Large parts of the East German population, however, did not agree with the new political and economic system.

Consequently, a mass migration to the West began in the late forties, motivated by a mix of political, economic and personal reasons.

By August 1961, East Germany had lost a sixth of its population.

The SED had begun sealing off the East German border to West Germany as early as 1952. Hence it became increasingly dangerous to flee directly to the West. Many chose to take advantage of the last loophole, and reached West Germany by crossing the sector borders to West Berlin, which were still open.

SED also wanted to stabilise its power over the people in East Germany and to demonstrate its sovereignty to the world. But the barbed wire and walls were unable to completely stop escape attempts. Hence the border barriers in Berlin were continually expanded and reinforced.