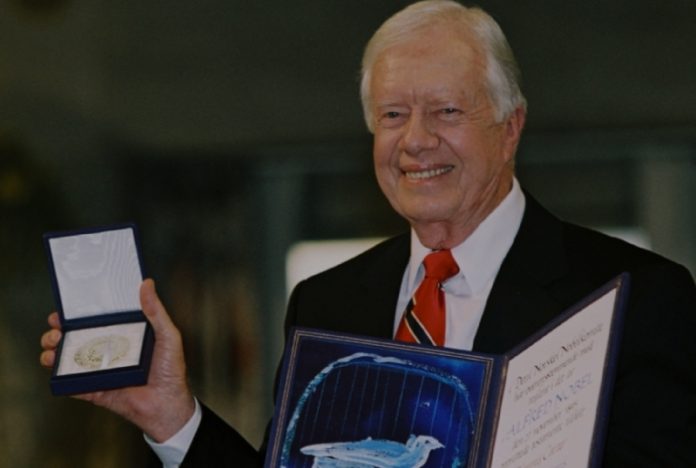 On October 11, 2002, former President Jimmy Carter wins the Nobel Peace Prize “for his decades of untiring effort to find peaceful solutions to international conflicts, to advance democracy and human rights, and to promote economic and social development.”

Carter, a peanut farmer from Georgia, served one term as U.S. president between 1977 and 1981. One of his key achievements as president was mediating the peace talks between Israel and Egypt in 1978. The Nobel Committee had wanted to give Carter the prize that year for his efforts, along with Anwar Sadat and Menachim Begin, but was prevented from doing so by a technicality—he had not been nominated by the official deadline.

After he left office, Carter and his wife Rosalynn created the Atlanta-based Carter Center in 1982 to advance human rights and alleviate human suffering. Since 1984, they have worked with Habitat for Humanity to build homes and raise awareness of homelessness. Among his many accomplishments, Carter has helped to fight disease and improve economic growth in developing nations and has served as an observer at numerous political elections around the world.