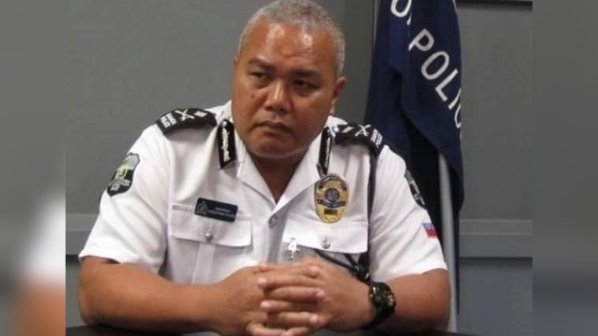 21 March 2021, Apia Samoa. Despite the restrictions on public movement imposed under Alert Level 3, the Samoa Police Prisons and Corrections Services (SPPCS) report 11 people have so far been arrested and charged for breaking state of emergency orders. This is according to Deputy Police Commissioner Auapaau Logoitino Filipo in an interview with SGN this afternoon.

Auapaau said the arrests have been mostly for alcohol related incidences such as driving under the influence and drunks disturbing the peace within villages.

“All of them have been released on bail to await court appearances,” said Auapaau.

The sacrifice made by members of the Ministry of Police Prisons and Corrections Services (SPPCS) as frontliners has triggered a call by the Deputy Commissioner for the public’s support and cooperation to uphold State of Emergency (SOE) orders.

Auapaau said there were currently 881 Police Officers patrolling Samoa under Alert Level 3 lockdown status, and all of them are camped at various police outposts across Samoa.

“The NEOC are issuing regular updates of SOE orders, and we ask the public to please be aware of what is being handed down, to avoid confusion and misunderstandings when Officers do their job to enforce those orders”.

Auapaau said Officers have been camped since Samoa elevated to Alert Level 3 on Friday night.

As frontliners Samoa’s police are also susceptible to the Covid-19 pandemic and the Deputy Police Commissioner confirms three Officers and one civilian member of SPPCS have tested positive.

Amongst the four are, two officers from the Faleolo outpost, one civilian member of the Tanumalala prisons, and one officer who is a member of the Samoa Police finance team in Apia.

SPPCS plays a lead role in monitoring SOE orders, and issuing fines to those in breach of orders.

Auapaau says the enforcement of SOE orders is in addition to ongoing responses to crime, drugs, and incidences of domestic violence still facing SPPCS.

“At this time of our nation being under Code Red, we call on our people to please work together with us to ensure the safety and security of Samoa”.