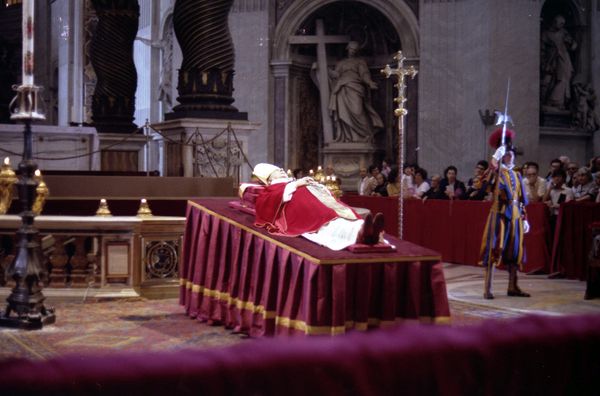 11 August 1978: On this day Pope Paul VI funeral was held at the Vatican in Rome, Italy.
Pope Paul VI was the Pope from 1963 until 1978. In his tenure he was one of the most consequential Popes in modern history, enacting reform programs which affected the daily life of all aspects of the Church’s life. He closed the Second Vatican Council in 1965 and implemented several of its recommendations and reforms.
A follower of mariological studies (the study of Mary, Mother of Jesus), he named her the Mother of the Church during the Second Vatican Council. His orthodox positions on birth control were debated in the west during his lifetime
Upon his death in 1978, the College of Cardinals elected Pope John Paul I to succeed him, who died a month later, and who was himself replaced by John Paul II, resulting in 1978 being the Year of Three Popes.