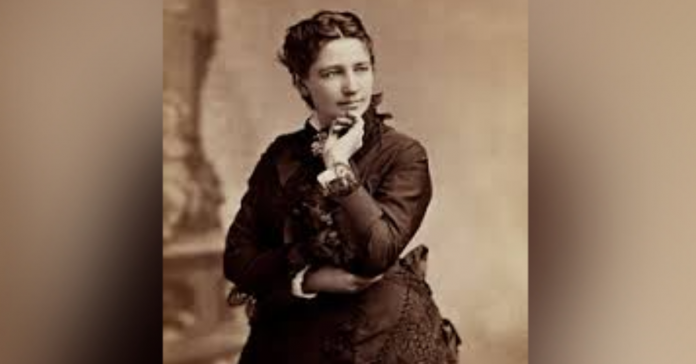 A prominent and controversial newspaper editor and promoter of free love, Victoria Claflin Woodhull was nominated for President by the newly formed Equal Rights Party even though she was not yet 35 years old, the minimum age requirement under Art II Sect I of the Constitution. Some disagree with classifying it as a true candidacy because she was younger than the constitutionally mandated age of 35 (Woodhull’s 35th birthday was in September 1873, seven months after the March inauguration). However, election coverage by contemporary newspapers does not suggest age was a significant issue; this may, however, be due to the fact that few took the candidacy seriously.

She was arrested on obscenity charges shortly before Election Day and received no electoral votes. In 1871, Woodhull’s weekly paper became the first in America to publish an English translation of The Communist Manifesto. The following year, when she, along with all other American members, were expelled from the First International, Karl Marx derided Woodhull as “a banker’s woman, free-lover, and general humbug”.

Se was an American leader of the women’s suffrage movement who lived to see the 19th Amendment to the U.S. Constitution ratified in August 1920, finally granting  American women the right to vote, ending almost a century of protest.

10 May 1924 – J. Edgar Hoover is appointed head of the Federal Bureau of Investigation.