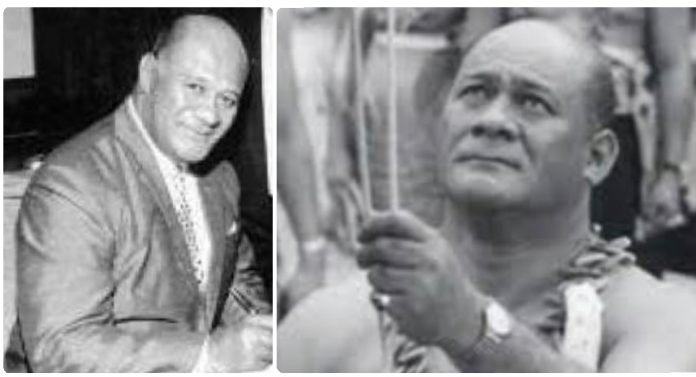 He was educated at the Marist Brothers school in Apia. He married Laulu Fetauimalemau Mata’afa, a teacher educated in New Zealand and who later became Samoa’s High Commissioner (1993–1997) to New Zealand. 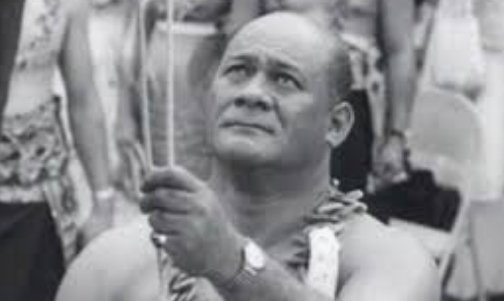 He was bestowed with the Fiame title in 1948 and also became a Faumuina. When his father died in 1948, he acceded to the Mataʻafa title, one of the four main Samoan chieftainships.

He was a senior grade rugby player and President of the  Samoan Boys’ Brigade.

After it was agreed in the 1954 Constitutional Convention that two of the four paramount chiefs, Tupua Tamasese Meaʻole and Malietoa Tanumafili II, should be made joint heads of state for life, he announced that he would withdraw from public life. However, he later backed down and contested the 1957 elections and won the Lotofaga seat.

Following the elections, Mata’afa was appointed to the Executive Council as Minister of Agriculture. When formal cabinet government was introduced in 1959, he became the first Prime Minister, defeating Leader of Government Business Eugene Paul and Tualaulelei Mauri in a vote.

He was appointed a Commander of the Order of the British Empire in the 1960 Queen’s Birthday Honours.

Mata’afa was re-elected Prime Minister following the 1961 elections, leading the country to independence in 1962. He was re-elected again following elections in 1964 and 1967. However, after the 1970 elections, he was defeated by Tupua Tamasese Lealofi IV by 25 votes to 20 in the third round of voting. It was reported that he would have probably won in the second round (which was tied at 23 votes each) if one of his supporters, To’omata Lilomaiava Tua, had not died the previous week.

Following the 1973 elections, Mata’afa returned as Prime Minister, defeating Lealofi and Tupuola Efi in the first round of voting. He served as Prime Minister until his death in May 1975. His wife Laulu won the subsequent by-election for his Lotofaga seat.