Senior lawyer Magele Leone Sua-Mailo representing Aiono, had filed an application on Tuesday morning asking the Court to accept her client’s counter-petition because there is no legislation that mentions a deadline for counter-petitions to be filed.

Magele also filed an application for an additional 20 witnesses that she says will rebut the allegations made by Lolomatauama against her client.

There have been failed negotiations between the two parties over the past few weeks with Lolomatauama refusing to bend her stance that she would only withdraw her petition if Aiono resigns as MP.

Son of former Speaker Toleafoa Faafisi, Aiono won the general election by 520 votes to his petitioner’s 292. Three other HRPP candidates ran for the same seat. 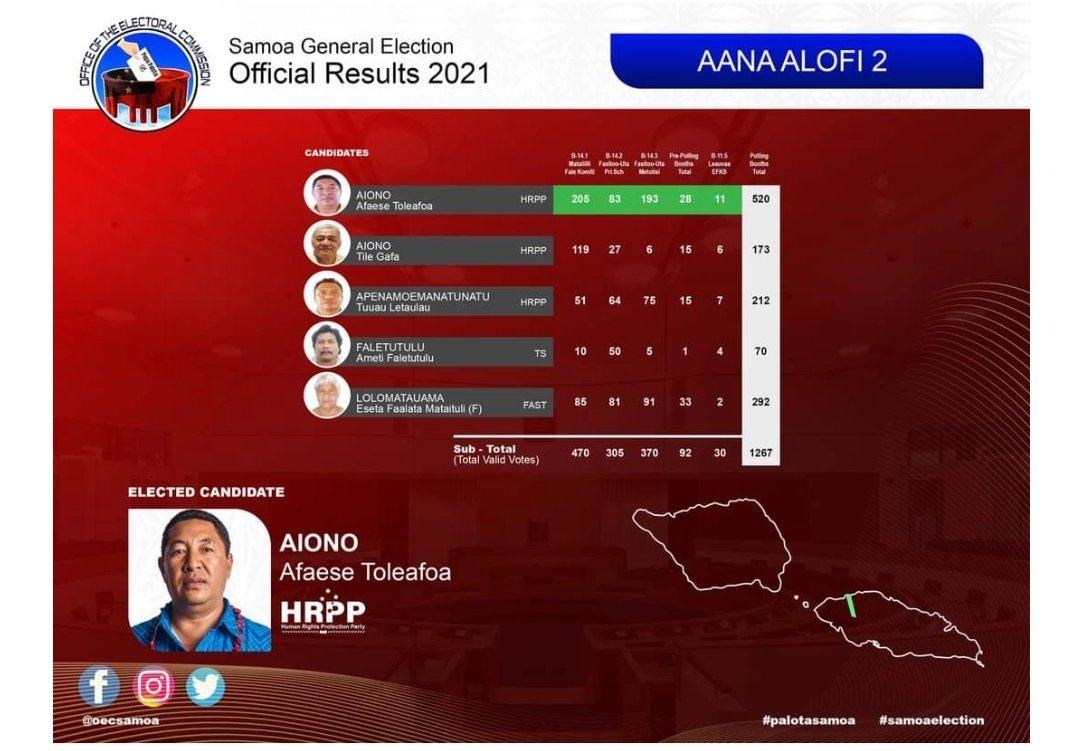 The case continues this week in the Supreme Court before Justice Niava Mata Tuatagaloa and Justice Fepuleai Ameperosa Roma.